The Schuler Access Initiative will award funds to institutions of higher education that pledge to increase their enrollment of Pell-eligible and undocumented students over 10 years.

“What better investment could there be for this country than to invest in undocumented students,” Schuler said. “Immigrants have historically displayed optimism and ambition in the decision to leave home for America.”

Tanya Schuler Sharman, the co-founder of Schuler Education Foundation and Schuler’s daughter, said the Access Initiative will be a game-changer for undocumented students, who can’t receive loans or Federal Pell Grants, which are awarded through participating institutions to students with financial need who have not received their first bachelor's degree. A Federal Pell Grant, unlike a loan, does not have to be repaid, except under certain circumstances.

“The Schuler Access Initiative will allow all five colleges, and hopefully many more, to open up more seats for these deserving students and push forward the important conversation liberal arts institutions need to have to close the divide in an unequal society,” Schuler Sharman said.

“They often are among the highest achieving students in the classroom, and are leaders across campus,” Harris said. “There is every reason to believe that if we could support more of these students they also would develop into leaders across multiple tomorrows. We are grateful for the Schuler Education Foundation and our donors whose generosity will make the dream of a college education possible for more of these deserving young people.”

Jason Patenaude, Executive Director of the Schuler Education Foundation, said the foundation was “looking for partners who showed commitment to serving under-represented students, but perhaps couldn’t serve as many as they’d like due to financial constraints.”

“We were also looking for institutions that we felt were leaders in educating and supporting Pell-eligible and undocumented students,” Patenaude added. “It didn’t make a lot of sense to dramatically increase the number of students if we didn’t think the institutions could support them successfully to graduation. … I’m hoping that the Access Initiative shifts the industry mindset when it comes to Pell-eligible and students with undocumented status. Too often these students are described in terms of cost rather than benefits.”

The Schuler Education Foundation over the last 20 years has invested more than $100 million to help more than 1,600 students earn full scholarships and graduate from the top liberal arts colleges in the United States.

Schuler, 81, is the son of a Swiss immigrant whose father came to the United States in 1925 and made sure his children – including Schuler – went to college. Schuler said he sees the same drive in today’s students with Pell-eligible and undocumented status, many who are first generation or children of first-generation families.

Inside Higher Ed and many other publications throughout the country promoted the Access Initiative and its inaugural five college partners.

Go to our Twitter feed to see more coverage of the story. 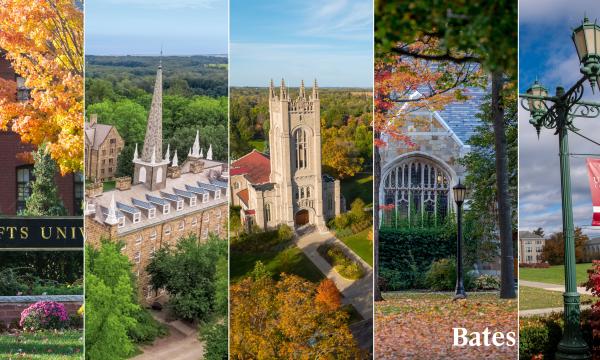