This high school sophomore wants to change healthcare for her community

Joanna Renedo is on a medical mission.

The 16-year-old sophomore at North Chicago High School has plans of becoming a doctor to represent not only the north suburban community but also Hispanics in general.

“I want to be able to help so many people,” Renedo said.

Renedo said she’s benefited immensely from the Schuler Scholar Program, which she joined at the end of her eighth-grade year.

Since its first partnership with Waukegan High School nearly two decades ago, the Schuler Scholar Program has teamed with more than a dozen Chicago and Chicago-area high schools since its founding, and also has expanded to Milwaukee. The program has invested more than $100 million since 2001 to support its Scholars.

Over the last 20 years, the Lake Forest-based Schuler Scholar Program has partnered with more than 1,500 scholars – including mostly first-generation students, students of color and low-income students – and sent them to highly selective colleges and universities.

Of the 1,500-plus scholars, 93 percent complete an undergraduate degree at the country’s top liberal arts colleges and universities.

Renedo has plans to go much further than a bachelor’s degree. She wants to attend medical school, then residency and then specialize in dermatology, which is vastly underrepresented with only 4 percent of the doctors who have Hispanic origins. Renedo also personally suffers from acne, which she said can really affect self-confidence and cause immense physical pain.

“It’s very difficult to treat,” Renedo said. “I’m very excited to get into the healthcare industry and be a voice for my community. I don’t have access to healthcare unless I make an appointment. I want to change that.”

At North Chicago, where more than 60 percent of the students are Hispanic, Renedo has started numerous clubs, including the Science Club and Hispanic Heritage Club, in less than two full school years. She also is part of the Illinois STEM Scholars Program, participated in Science Saturdays at Rosalind Franklin, is in the Illinois 60 by 20 Advisory Program, and she is a member of the Student Council.

She has met with Jacob Burton, a Coach within the Schuler Scholar Program who is dedicated to the 42 Scholars at North Chicago High School, once a week for more than 20 weeks this school year. Burton said he’s been incredibly impressed by Renedo’s drive.

“She is driven to find and pursue any opportunity to further her goal of being in the healthcare industry,” Burton said. “After meeting with her, I quickly realized how motivated she was. She wants to do so many great things.”

Renedo said her motivation comes from her parents, who came from Mexico before she was born. Her father works in construction to support her, her mother and five older siblings, none of who graduated from high school. Renedo said she wants to excel in academia and medicine to make her parents proud.

“I don’t want to disappoint my parents, and I want to show how grateful I am to them,” she said. 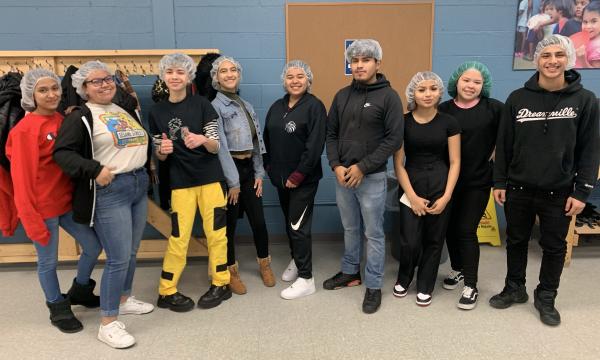 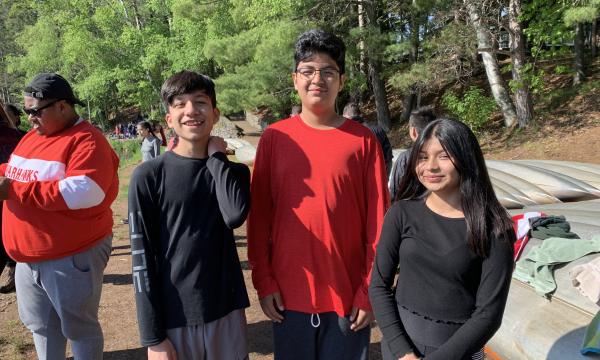